Tiramisu is a popular Italian custard dessert made with egg yolks, mascarpone cheese, strong coffee, and ladyfingers. Tiramisu pie takes that dessert to the next level! Made with a flaky, buttery crust, this dessert is perfect for a holiday gathering. Or just because. 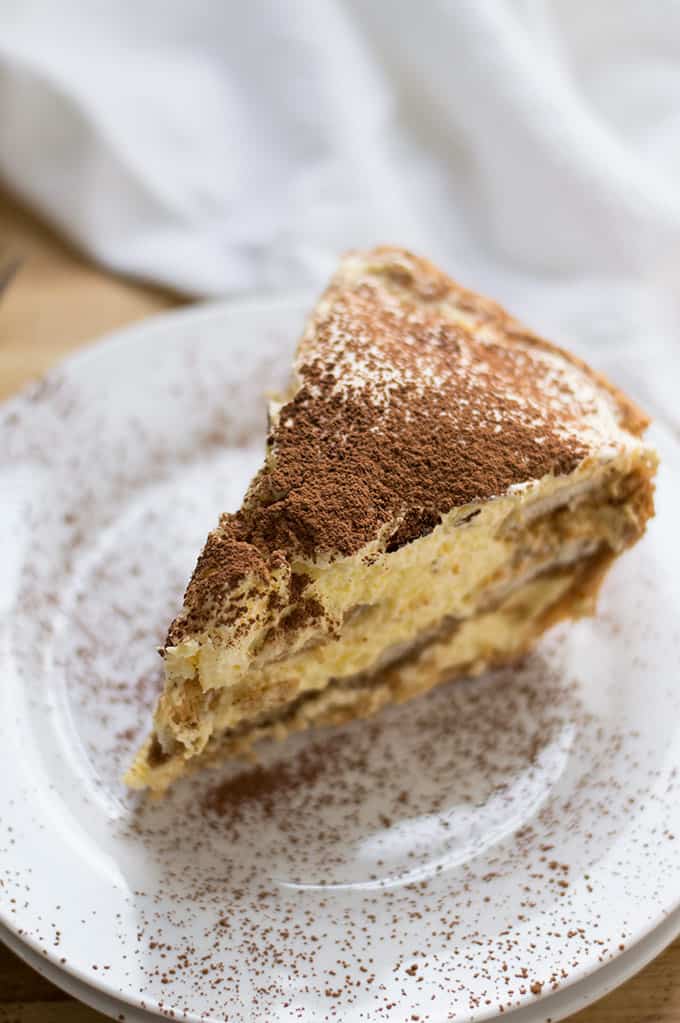 If you follow me on Instagram, you might have noticed when I shared this photo on Thanksgiving. It's tiramisu pie and I have been dying to share the recipe with you. Seriously, friends. Tiramisu pie? I mean, come on.

I have made this recipe in the test kitchen a handful of times now - and I made tweaks as necessary to make it taste just right. I gotta tell you, I am really happy with the final result. All taste-testers I threw this pie at (aka my awesome friends and family) will agree: this pie is pretty rad.

Tiramisu has always been up there on the list of desserts I love, but it wasn't until this past year I decided to make it myself. I was inspired by a recipe for tiramisu pie I saw in one of my books, Perfect Pies by Michele Stuart and decided to go rogue with it. It was kind of a bold decision to attempt a pie for the blog because I have always been intimidated by pie crusts. In the past, I've made some pie crusts I was never satisfied with. They would always fall apart or I would put too much flour or water and it was always a giant mess. Since then, my awesome friend Emily showed me how to make a simple buttery pie crust using a food processor and it was seriously a game-changer. She made it look so easy, I almost couldn't believe it could be that easy. Then again, she is a kitchen genius and I think one of these days, I need to partner up with her for a blog post. (Emily, you reading this? Let's do this!)

Aside from the ease of using the food processor, her tips on making an awesome pie crust is going with a 2:1 cup flour to fat ratio. The ratio has a nice ring to it and it's easy to remember. More flour will be added as needed, but 2:1 is a solid foundation to start with and I daresay it's a foolproof method. 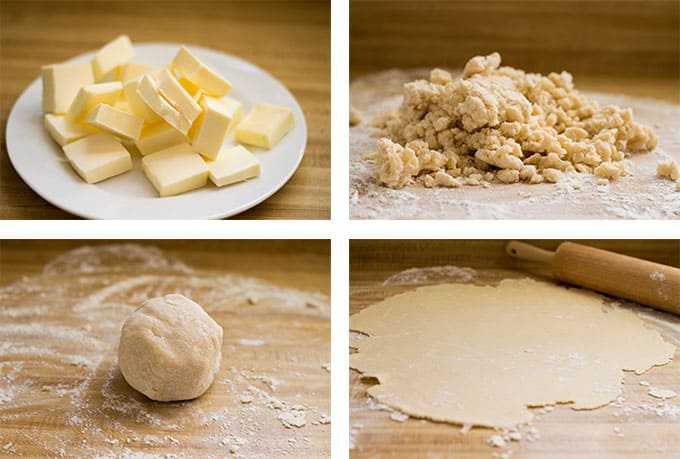 Like most people, I do lots and lots of baking around the holidays and it can sometimes become a bit overwhelming depending on my schedule. If I have an option that will allow me to plan ahead, I am all for it. There are various steps to making this delicious tiramisu pie and it can take a few hours to prepare. To help with time (and maybe your sanity), you can prepare the pie crust ahead of time and freeze it! 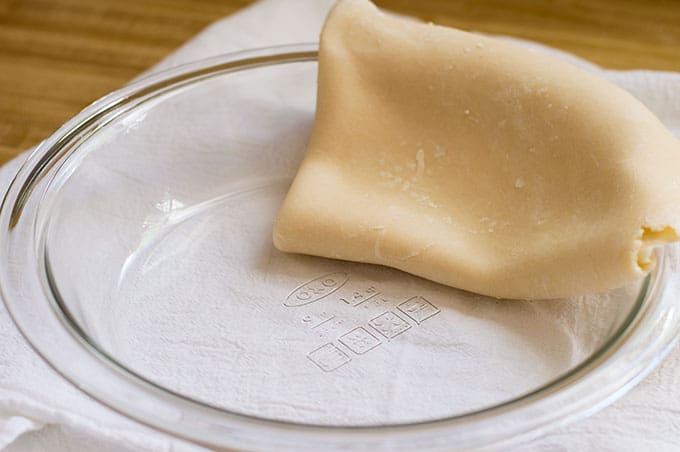 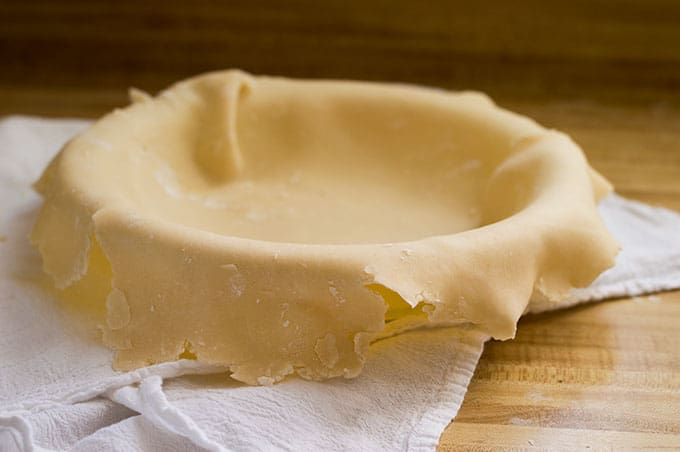 I don't mean freezing a ball of dough and defrosting it before rolling it out and putting it on a plate before popping it into the oven. I mean, you roll out the dough, place it in your baking dish, wrap it tightly (and carefully!) with plastic wrap and/or tin foil, and put it in the freezer. When you're ready to bake, you place the frozen pie in the plate right into the oven!

To do this, you need good quality bakeware that won't break or bust due to the drastic temperature change. OXO has glass bakeware that's made of thermal shock-resistant borosilicate glass, which means it can go directly from your freezer to oven and you won't need to defrost anything beforehand. Their 9-inch glass pie plate is perfect for this recipe and I love that I can place a frozen pie crust in it right into the oven. The plate also has a generously sized rim, which makes it really easy to move from a hot oven to your countertop.

By the way, pie crust can be frozen for up to three months as long as it is tightly sealed. I opt for both plastic wrap and tin foil. Because extra protection is cool and stuff. 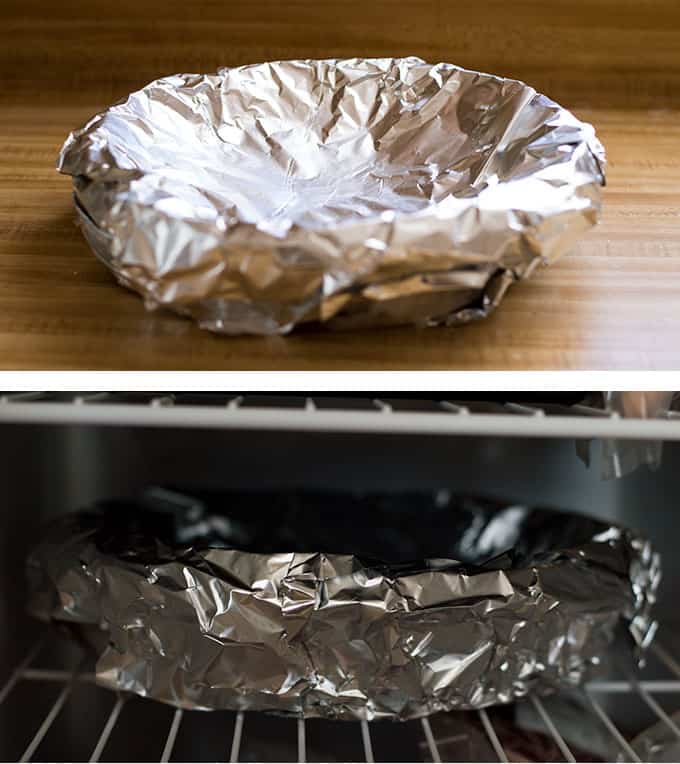 Tips On Blind-Baking A Pie Crust And Making Tiramisu Pie

Blind-baking means to bake a pie crust or pastry without filling. You can't just place the pastry as is in the oven  or else it will puff up! Typically, pie weights are used for blind-baking. In lieu of pie weights, many people will use dry rice or dry beans. Me? I use sugar.

I learned about using sugar as a pie weight replacement on Serious Eats and I loved the idea before I even tried it myself. You place tin foil onto the pie crust, make sure to cover the edges of the crust to prevent burning or excessive browning, and fill it two-thirds with sugar (approx. four cups). The sugar can be stored away in an airtight container after it's cooled down to room temperature and can be reused as a "pie weight" a small handful of times. After that, use it for baking! The toasted sugar will add some depth to your desserts and it will be awesome. 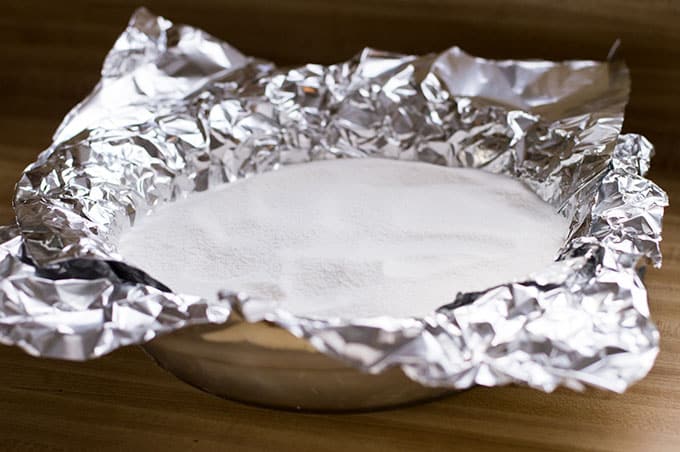 Mise en place is your best friend. Make sure you have all of your ingredients handy before you dive into preparing everything. You'll be happy you decided to stay organized. Trust.

You Will Make Two Whipped Creams

This recipe has four cups of heavy cream in it. Yes, I said four. No, do not count your calories when eating this. It's the holidays and it's time to treat-yo-self.

Also, I recommend freezing your mixing bowl and whip attachment at least 20-30 minutes before making your whipped cream. The colder the bowl, the better!

When making tiramisu, you dip ladyfingers into cooled down brewed coffee before layering it into the dessert. It's important you move quickly at this part. If you leave the ladyfingers in the coffee for too long, they will become saturated and break apart and that's bad news bears. Dip them into the coffee for just a second. That's all you need. 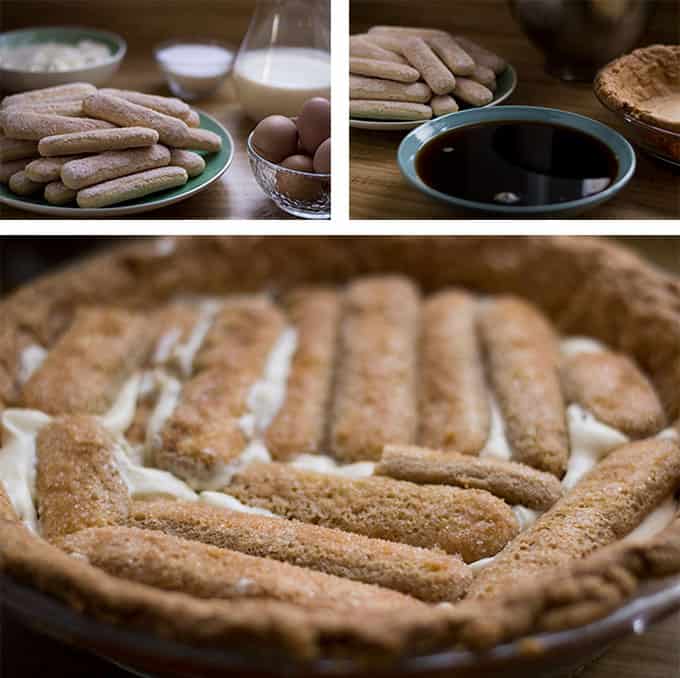 Don't Eat The Dessert Immediately After Preparing It

I know. This one might be tough. It's best to allow the tiramisu pie to chill in the refrigerator at least six hours before consuming. This will allow the pie to, you know, chill. And more importantly, this will allow all of the flavors to combine nicely. 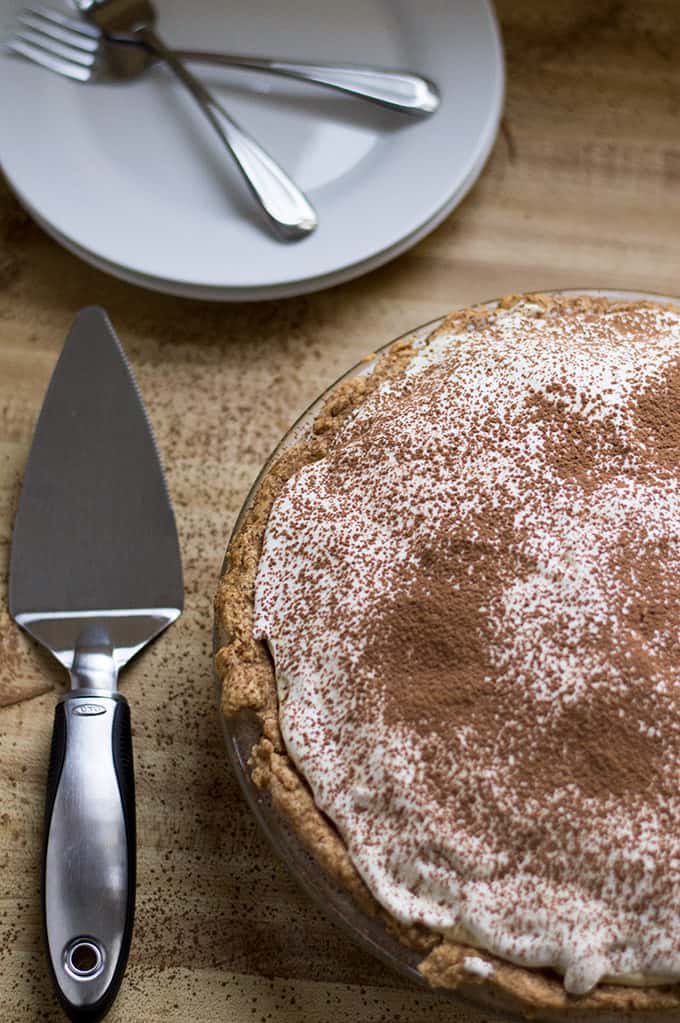 When you're ready to serve this epic pie, don't forget your SteeL Pie Server! Did you know I went years without owning a pie server? I'm never making that mistake again. 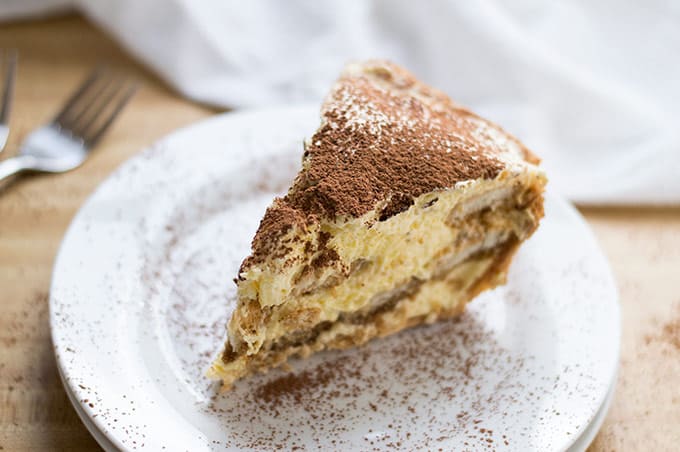 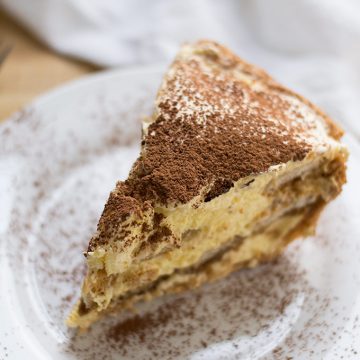 1. The sugar can be used as a pie weight replacement a small handful of times, until it's tan in color. You can then use the toasted sugar for baking to add depth to your desserts! 2. After you've prepared the whipped cream for the pie filling, proceed to making the whipped cream topping before continuing on with the pie filling. This will allow you to save time and you won't have to dirty more dishes. You won't need to rinse the bowl out before continuing with the pie filling; just be sure to scrape the sides of the bowl and whip attachment.
Did you make this recipe?Mention @omgfoodblog and hashtag it #omgfoodblog!

Disclaimer: OXO provided me with free products to use in this blog post. All opinions are my own!