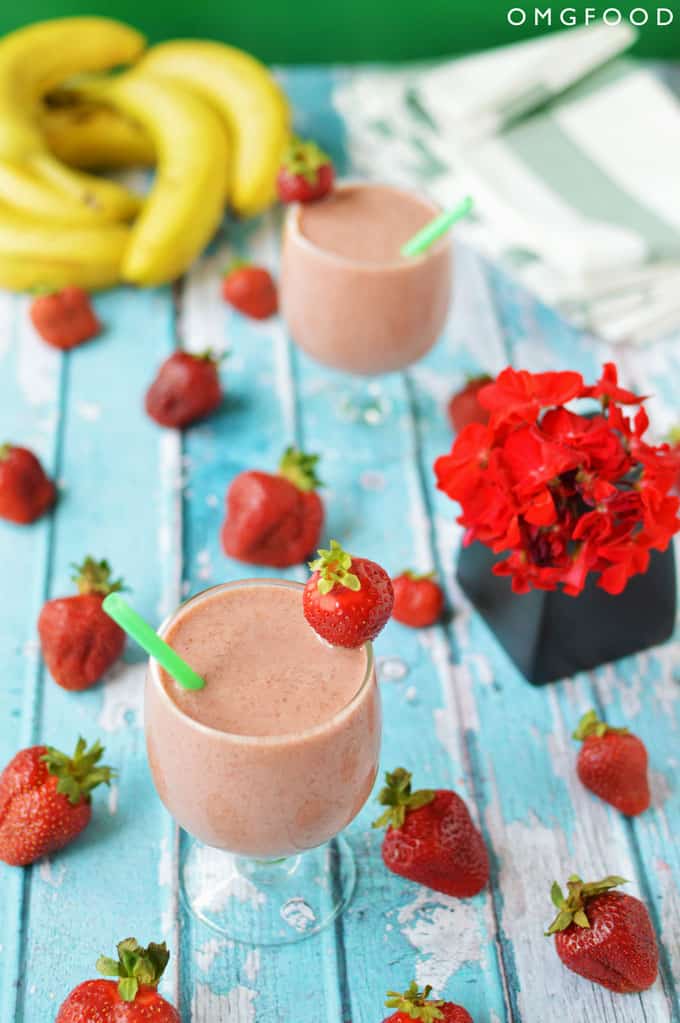 Updated on August 16th 2015: I first posted this strawberry banana smoothie on April 2nd, 2014, which was a couple of months after I started this blog. I'm slowly going through older posts to update them with new photos, content, and recipes (if necessary)! 🙂

Yay for smoothies! I made a strawberry banana smoothie this past Saturday for the first time in months! I've been on a huge blueberry kick lately, so I've been making lots of smoothies with blueberries! Sometimes, a blueberry oatmeal smoothie and sometimes I'd mix it up with other fruits and juices depending what was in my fridge.

When I decided to make the classic strawberry banana smoothie, I came to look at this old blog post from April '14 and I decided it was time to update this post. For one, the photo was very plain, but I was very new at food photography at the time, so that was to be expected. I also had a boring blurb going on about how I was cheating on paleo by having a bowl of cereal. Definitely not paleo anymore, so yeah. Time to update this post and make it prettier! 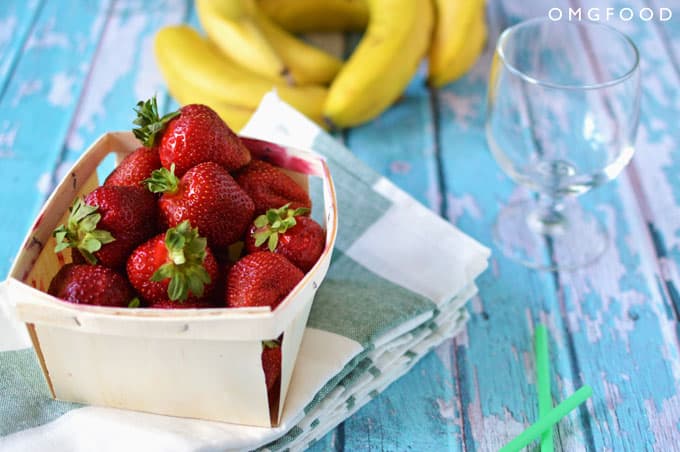 It's a little funny to think about when I first started blogging, I was living a (mostly) gluten free and paleo-ish life for a short while and my very intention was to only blog about "paleo-ish" food. I soon realized that life just wasn't for me; I hated that I felt guilty when I ate food that wasn't paleo, like cakes, breads, and cheese. I love those things! And giving them up for good just didn't jive well with me.  That said, I do still love eating paleo. It taught me how to not eat like an a**hole all the time! I just like eating that way without having the label on it. Guilt-free.

What's kind of comical and fitting about me talking about my break-up with paleo is this strawberry banana smoothie is paleo! I updated the recipe slightly by removing the chia seeds and I calmed down on the amount of cinnamon a bit. I actually didn't love chia seeds in this smoothie in particular and listed them as an optional ingredient, so that's silly. As for the cinnamon, I don't know if it was a typo or if I actually put a teaspoon of it in this smoothie at one point, but it tasted a bit too strong. I tweaked the amount, made more smoothies, and all was well. 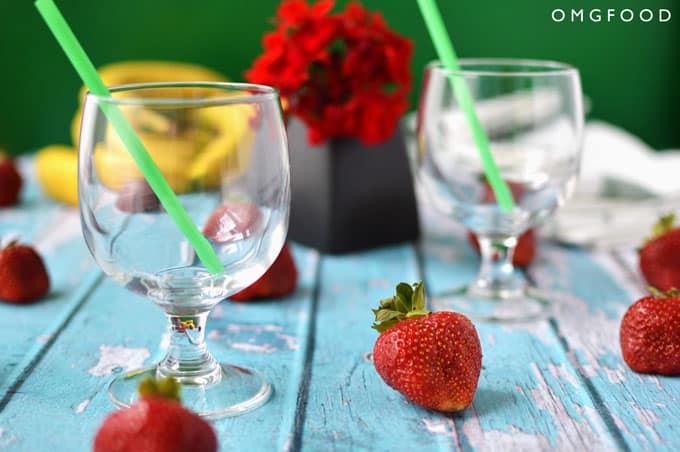 I also updated the recipe to include frozen bananas! Remember my post a little while back on freezing bananas for future use? Smoothies are a huge reason frozen bananas are amazing. Especially if you happen to have a Vitamix because it was pulverize that banana into cold, creamy, deliciousness. So, so good!

I absolutely love my Vitamix because I'm in the kitchen pretty often and this thing saves my life a lot of the time. Okay, maybe a little dramatic, but it saves me a lot of time and hassle. Using a regular blender for smoothies is totally fine, but you might have to stop the blender to scrape down the sides and the smoothies don't always come out as smooth as you like! I'm usually rushing to get out of the house in the mornings and take my smoothie with me on the way to work, so it's nice not having to deal with extra steps to get my breakfast on the go ready. <3 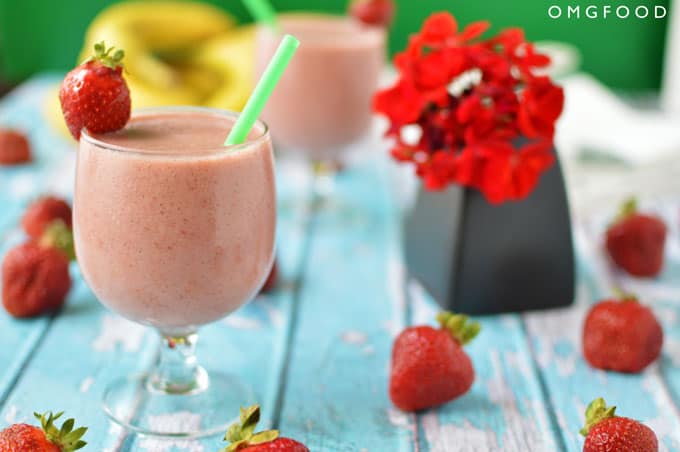 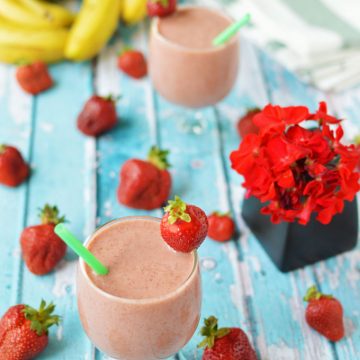 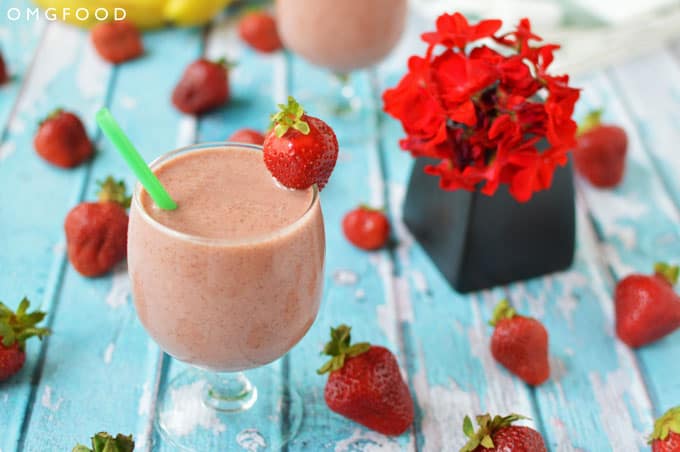