Growing up, lamb was a staple in my family's home. It may or may not have anything to do with being Greek. Either way, both of my parents knew how to cook up a tasty dish.

Although, my mom could never make a simple box of mac and cheese for some reason. I think the idea of just adding a cheese pouch to cooked pasta was too easy, so she added her own seasonings to mix it up a bit.
It didn't always turn out well. ¯\_(ツ)_/¯

However, ask her to whip up a complicated Greek dish that takes hours to make? No problem! And it will taste damn good, too.

Going back to what's important here, this post is all about tasty, broiled lamb shoulder chops! I sometimes think shoulder chops don't get enough love as a leg or rack of lamb might get - which is crazy to me because they're rather inexpensive compared to other cuts and if you cook them right, you've got yourself a kick-ass meal!

I almost always have lamb shoulder chops in my freezer. They're great for braising, but also do really well on the grill or under the broiler! These are especially a lifesaver when I'm feeling tired after a long day at work.

As much as I love cooking, there are some nights I don't want to deal with anything that would take up a lot of hands-on time or take longer than thirty minutes to make. Broiling them means I have food on my plate in less than fifteen minutes, usually accompanied by a giant salad or sauteed greens. Yum!

My go-to seasoning for something fast and delicious is a simple mixture of salt, pepper, and Greek oregano with olive oil and lemon. It's so tasty and versatile; I use it as a dressing on salads and pretty much all meats and fish. I also use it as a marinade!

Here's what I did for the broiled lamb shoulder chops:

I turned the broiler on high and gathered all the ingredients. I rubbed the chops with olive oil and seasoned them with salt, pepper, and oregano (save the lemon for after it's cooked). 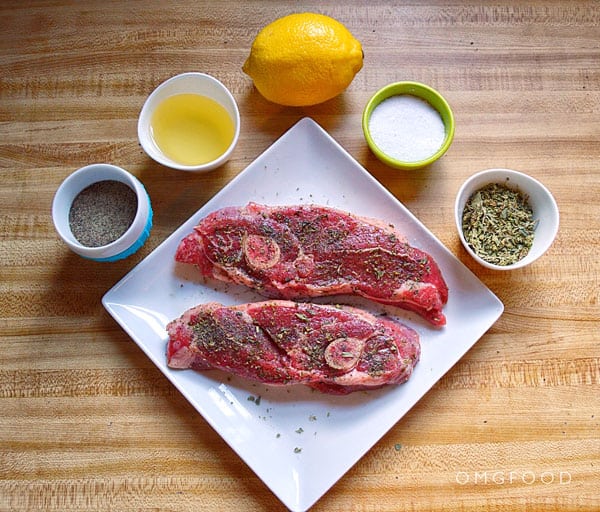 The hard part is over. I placed my chops in the broiler pan (I use this one) and threw them under the broiler, five minutes per side. 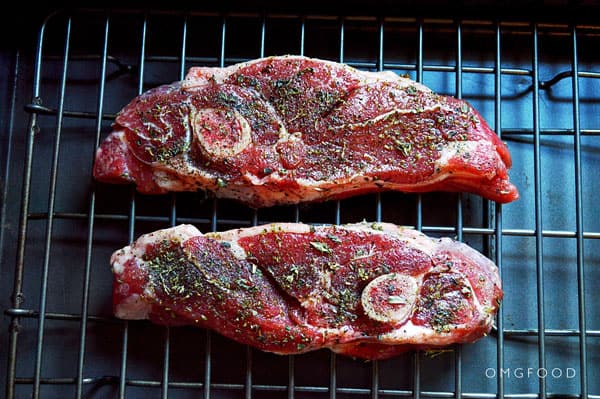 While the chops were broiling, I got my lemon ready. For two chops, I use a quarter of a lemon. If the lemon happens to be on the smaller side, like a Meyer lemon, I'll use half. 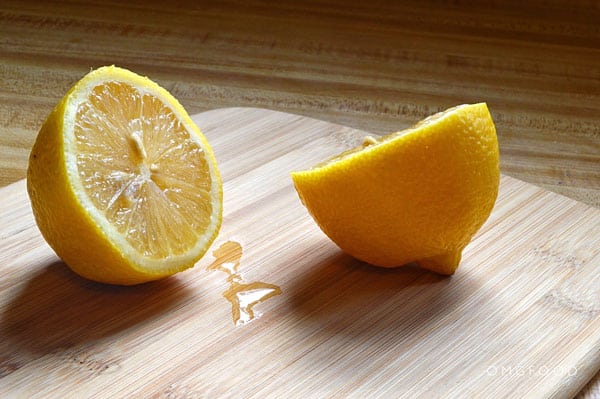 After ten minutes, the chops are done! I squeezed fresh lemon over them and stuffed my face. Easy peasy. 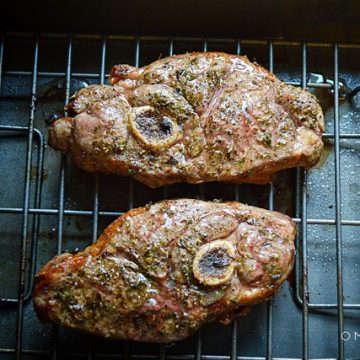 I almost always cook with Greek oregano because it has a stronger aroma and flavor than other types. That said, it can also make a dish bitter if you use too much! Cooking five minutes per side is for medium rare, though if the cut is on the thinner side, it would be cooked closer to medium. While this is a broiler recipe, these chops are just as delicious on the grill and I highly recommend them that way too!
Did you make this recipe?Mention @omgfoodblog and hashtag it #omgfoodblog!